Why You Should Eat Apples Every Day 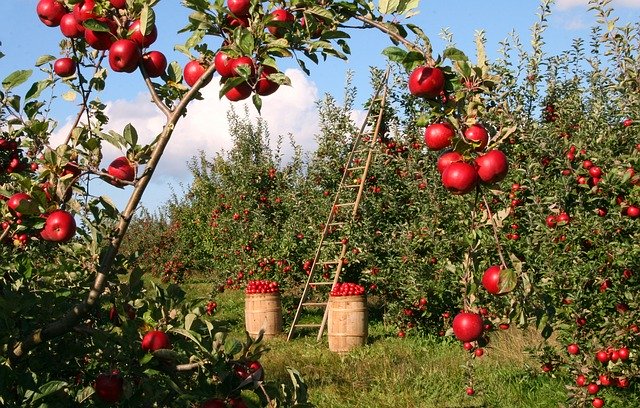 “One apple a day keeps the doctor away”. You must have heard this repeatedly. Perhaps, you are already asking why you should eat apples every day.

Before that, let’s look at some facts. Shall we?

The apple tree is probably the first tree cultivated by humans and one of the most profitable since its fruit can be preserved without losing too many qualities for more than 6 months.

In addition, the apple is one of the fruits that maintains its nutritional properties for the longest time but also has many other benefits that we detail below. They are so many benefits that many call it the miracle fruit.

Apple is an edible pome fruit. Its colour varies, being green in its less mature points and reddish in its fullness. The apple tree, apple tree, first appeared between the Caspian Sea and Black Sea areas. It has a rounded and open shape, reaching a height of more than 12 meters in some cases

Apples are rich in a type of plant compound called phytochemicals. These inhibit cell proliferation and regulate the immune system and inflammation, aiding in the fight against chronic diseases. Specifically, the most common phytochemical that can be found is a flavonoid.

Antioxidants are also another important point to address. Apples are among the foods with the highest percentage of this component. These molecules fight against the different free radicals in our body.

Regarding them, a study carried out in 2004 by the United States Department of Agriculture, concluded that this fruit ranks among the top 15 with the most antioxidants per serving.

2. Decrease The Risk Of Diabetes

It should be mentioned that apples do not act in the same way for all people in this type of case. Still, they generally help prevent type 2 diabetes.

This has been stated in the Harvard Bulletin, supported by Isao Muraki, professor belonging to the Nutrition Department of the Harvard School of Public Health: ” The data we have obtained supports increased fruit consumption to prevent diabetes. “

Therefore, consuming apples is a good choice to try to stop the onset of diabetes.

3. Apples Are Excellent For Teeth

Apples contain an astringent effect that cleanses and detoxifies our teeth thanks to their bacterial properties. This will prevent the appearance of dental caries (tooth decay).

Even its chewing helps the production of saliva in our mouth to increase considerably. Despite this, we should not forget to brush our teeth: eating apples helps, but obviously it is much more effective to brush our teeth.

In its composition, an apple contains high levels of vitamins A and C that act on our eye blood vessels. What are its effects?

-Vitamin A helps our cornea, strengthening it and decreasing the probability of suffering macular degeneration. To get an idea of its importance, this vitamin is added to the drops that are used to lubricate the eyes.

-On the other hand, vitamin C works as an antioxidant that protects our eyes against cataracts, macular degenerations or loss of visual acuity.

Due to the different antioxidants they have, apples act against free radicals, preventing the formation of cancer cells. We especially talk about an antioxidant called procyanidins. This helps prevent different cancers, but especially colon cancer.

As a data, thanks to research carried out, it is known that people who consume an apple or more a day, reduce the risk of colon cancer by 20% and breast cancer by 18%.

Regarding pancreatic cancer, flavonoids are the ones that prevent it. According to the American Association for Cancer Research, consuming apple reduces its prevention by 23% chance.

A cluster of conditions that increase the risk of heart disease, stroke and diabetes. Metabolic syndrome includes high blood pressure, high blood sugar, excess body fat around the waist and abnormal cholesterol levels. The syndrome increases a person’s risk of heart attack and stroke.
Apple helps reduce the effect of this in your body. According to a study by Doctor Victor Fulgoni in 2008, 27% of apple consumers are less likely to be diagnosed with Metabolic Syndrome.

The doctor stated that adults who eat apples and their derivatives have smaller waists, less abdominal fat, low blood pressure and a lower risk of developing Metabolic Syndrome.

7. They Help To Maintain The Line

A study showed that women who ate an apple and a half a day lost approximately a kilo and a half after 12 weeks.

This is produced thanks to the high amounts of fibre they contain, decreasing the amount of energy in the body. The combination is perfect to lose a few extra kilos.

Our stomach will empty more slowly, which means we will feel fuller for longer hours, eat less, and absorb nutrients more effectively.

The antioxidants found in the skin and peel of the apple, work as a natural antihistamine and anti-inflammatory, improving the respiratory system.

A study carried out in 2007 showed that mothers who consumed apples during their pregnancy made their children less likely to suffer from asthma or wheezing.

Furthermore, apples were shown to be the only food directly related to the reduction of respiratory problems. Women who consumed more saw their problems reduced by 27% in their children.

Thanks to the iron that can be found in the composition of apples, anaemia will no longer be such a serious problem.

Anaemia is known to occur due to a deficiency in the blood of haemoglobin, which can be replaced with iron. As a consequence, the number of red blood cells in our body will increase, and therefore, our health will be reinforced.

As a plus to this benefit, it should be noted that the increase in red blood cells will improve the oxygenation of the body, so that our organs will function in a much more fluid and correct way.

As you have seen, there are lots of reasons why every one of us should eat apples daily. Apples are of immense benefit to our health and therefore is a fruit we can’t do without.

With this guide, I hope you eat more fruits, apples especially.